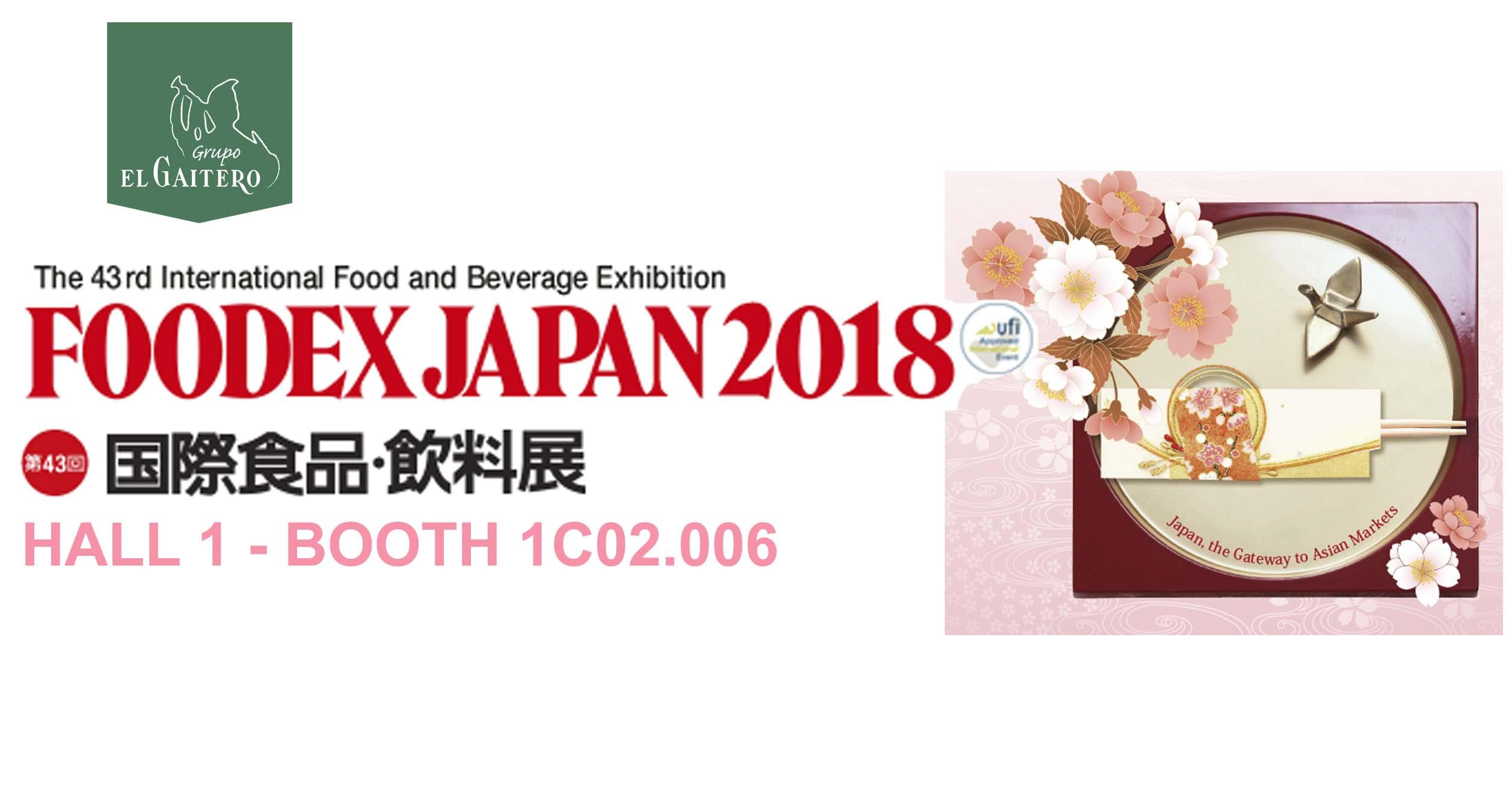 The El Gaitero Group will attend Foodex Japan, which for more than 30 years has been the most important event in Japan for the food and beverage sector. From 6 to 9 March 2018, we will be in Chiba (near Tokyo - Japan).

The Foodex fair is the largest agri-food fair that takes place in the Asia-Pacific area, including Oceania, constituting an important showcase for companies interested in entering the Japanese and Asian markets in general and/or consolidating their presence in these markets.

More than 3,200 companies attended the last edition, including El Gaitero. The event welcomed more than 77,000 visitors.