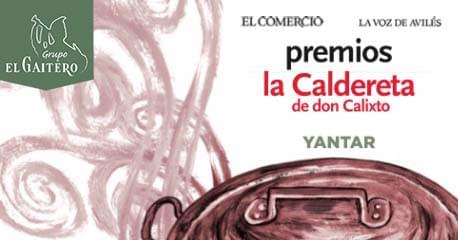 Quique Dacosta, Abel Terente and Javier Álvarez Farpón receive the awards on Monday 3rd July in Gijón at the most important Asturian gastronomy festival in the presence of El Gaitero Group.

Seventeen years after the first edition, these awards continue to inspire kitchens all over the country and the choice is becoming increasingly difficult. This year, in the category of National Master, the innovative and creative character of Quique Dacosta from Cáceres has been recognised.

In the category of Asturian Master, Abel Terente, from El Asador de Abel, in Argüelles, Siero, has won this award thanks to his work and experience in the gastronomy of the region.

The most promising young chef award goes to Javier Álvarez Farpón, a student at the Gijón School of Catering, who began his professional career in the kitchen of Nacho Manzano, at Casa Marcial. After that, he went on to work in the kitchens of Regueiro and Auga, culminating his training before opening his own restaurant in the village of Mamorana in Lença.