We use mandatory cookies to perform essential functions of the website. For example, are used to log in, save your language preferences, offer a car experience purchase, improve performance, redirect traffic between web servers, detect the size of your screen, determine page load times, improve user experience and measure the audience. These cookies are necessary for the operation of our websites.

They are those that well treated by us or by third parties, allow us to quantify the number of users and thus carry out the measurement and statistical analysis of the use made by users of the service offered. For this, your browsing on our website is analyzed in order to improve the offer of products or services that we offer you.

We and other third parties use advertising cookies. These cookies store information user behavior obtained through continuous observation. Thanks to them, We can know your internet browsing habits and show you advertising related to your profile navigation.

We and other third parties use social media cookies to show you ads and content. based on your profiles on social networks and the activities you carry out on our websites. If the user decides to use the social registry, he authorizes the social network to store a persistent Cookie that remembers your identification in the service, so that user access to the digital editions on subsequent visits.

Reset all Save change

El Gaitero, the brand representing the flavour of Asturias and an ambassador for its delicious ciders around the world, boasts a tradition of innovation that has continued for over a hundred years

As of today, Valle, Ballina y Fernández is taking part in the SALENOR Trade Fair in Avilés. 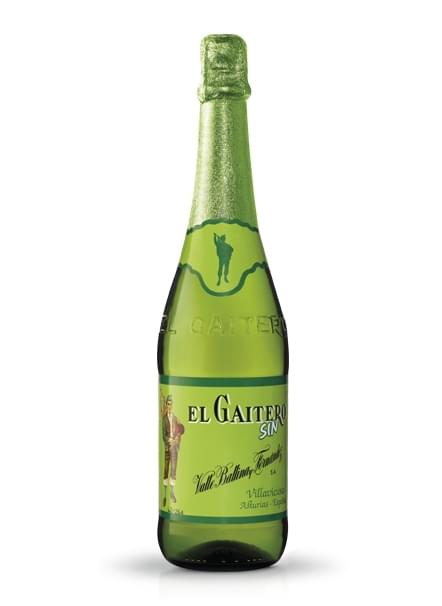 Have you seen the El Gaitero Cider commercial yet? Do you like how it sounds? It’s mostly down to the Villaviciosa Pipe Band that has provided the soundtrack for our commercial. The fabulous sounds produced by these talented musicians will be heard in homes throughout Spain as part of an advertising campaign that aims to put our products on the tables of families all over the country.

The soundtrack for our commercial was composed by  Antonio González Torrija and includes bagpipes, percussion instruments and flutes...We would like to take advantage of this opportunity to thank all the members of the Villaviciosa Pipe Band for the great job they did, and we look forward to working with them again on future occasions.